After interviewing a lot of artists we love, we decided to focus on the people behind them too. This year, we’ll start interviewing label owners, who work hard to make sure their artists get the visibility they deserve. For the first interview, we have asked a few questions to Eric Vogt, from the label Casablanca Sunset. The project started as a music blog and then evolved into a label, with artists such as KOWL and Robotikus. He told us more about his approach and his future projects!

Hi Eric, to begin, can you introduce yourself briefly? 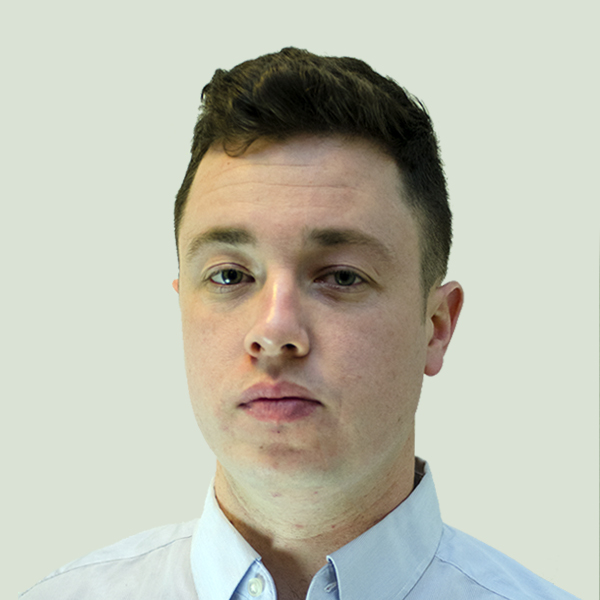 I’m Eric Vogt and I run the music blog and record label Casablanca Sunset. I live in Phoenix, Arizona and have been working in music for a number of years. I’m a music blogger, audio engineer, artists manager and label owner. Aside from the obvious I like sports, coffee, creative media and traveling to new places!

Casablanca Sunset started as a music blog in 2013. What was the motive for launching it?

The blog started off as a podcast while I was living in Seattle. I had some down time and decided to start a new website. A few edits in I decided to publish the songs to a blog and figured out how to use WordPress. Then a couple months later it was picked up by the Hype Machine and just kind of ran with it.

I had a separate blog a few years prior when I was in College and also DJ’ed frequently. It’s something I’ve been doing in one form or another for a while.

When and how did the record label start?

The label launched in 2016 after I spent some time studying music publishing, copyright law, licensing and more at the Berklee College of Music online. I had also spent some time interning for label in London while studying abroad in College and has always kind of been something in the back of my mind.

With so much music coming out, what are your privileged ways to discover music?

There really is no one single way that I discover music but it’s primary a combination of my email inbox and word of mouth from friends. I’m fortune enough to have a lot of new songs sent to me via email each week so I usually just go through emails. I also pay attention to what’s trending via blogs online, Spotify, Soundcloud, Twitter, YouTube, etc. Sometimes I discover new music at live shows too.

According to you, what are the major challenges a record label has to face today?

I think for the last 10-15 years labels have really struggled with defining what it is they do. Traditionally, a label would manufacture sound recordings and sell the physical recordings in stores. However, that model does not really exist anymore. Everything is digital. With the exception of vinyl, people are not really buying music like they once did. So, I think the major challenge a label faces today is how to monetize a product that is predominantly digital and most people don’t pay for. Another challenge is how do you add value to the artists and songwriters that you work with.

I think we are on the cusp of entering a new digital era in music, in which piracy (for the most part) has been replaced by streaming.

Fortunately, I think we are on the cusp of entering a new digital era in music, in which piracy (for the most part) has been replaced by streaming. People are willing to spend $10 a month on music if it’s reliable and makes their music listening needs easier. So looking forward I think there will continue to be money in streaming to look after and there are still traditional outlets like synch and licensing that provide revenue for a label to collect.

There is also a bit of an art and skill behind marketing music. There is strategy behind properly knowing who to reach out to when it comes to sharing new music and generate a conversation with your potential audience from the ground up. That means contacting blogs, influencers, playlists, radio, music supervisors, DJs, publications, etc. There is more music being released now than ever before (30 Million + songs on Spotify). So our label is helping new artists cut through the noise and have their music heard amongst a really noising demographic.

Our label is helping new artists cut through the noise and have their music heard amongst a really noising demographic.

With Casablanca Sunset, I’ve also really focused on developing a trustworthy brand that is a reliable source for new music. I’ve worked on differentiating myself as a curator and I think there will always be a need for that. A reliable place that the everyday person can go to hear new music.

Both of your artists (KOWL and Robotikus) are living in Australia. How would you describe the Australian music scene and what makes it so vibrant according to you?

Yes, this is true. For one, I think Australia has been a hot bed of new music for the last 5-10 years (at least in American culture). Most recently, you can point to acts like Tame Impala, Flume, Cut Copy, Flight Facilities, Empire of The Sun, The Temper Trap, etc..

I think Australians would argue though that it’s been like that for a long time though. I’d guess that with how connected we are now with digital media that we are just now being exposed to the music on the other side of the globe that is super good.

Last year, while visiting Melbourne I was really impressed with how much quality music you can find just out and about at a small music venue or club. Definitely, on par with a city like LA. I think people have just started picking up on it in recent years though. Myself included.

The Aussies definitely see things from a slightly different vantage point and creatively I think that plays to their advantage.

Like any other vibrant music scene, I think the cultural influences are a huge part of the music that comes out of it. Weather, nature, language, food, political environment, socio-economic standings, etc have an influence on creative art. Also having talented musicians collaborating and a sound to build around is also a plus too. The Aussies definitely see things from a slightly different vantage point and creatively I think that plays to their advantage. The sound I’ve focused on out here is like a slightly American version of the UK with underlying tropical influences. 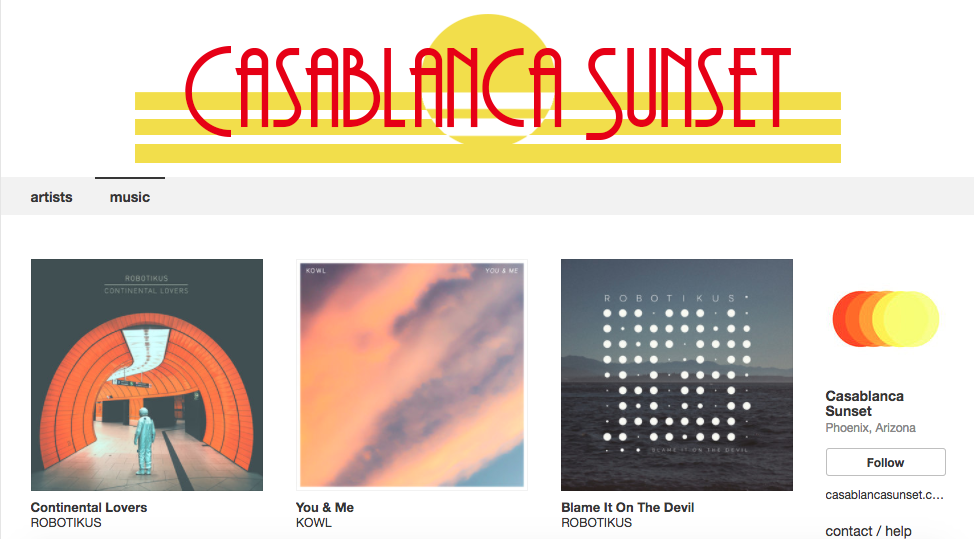 You can expect to see some new material from KOWL and Robotikus along with some remixes (one from a French House producer you cover on your site). I’m talking with a few non-Australian artists at the moment about releasing original music on the label this year. But nothing I am ready to announce at this point. Definitely expect some new music on the horizon though!

Similar to previous releases the music will continue to be focused on rhythmic and melodic electronic music. Looking forward though you will start to hear our releases focus on more traditional indie and alternative styles. It’ll be fresh though, I am excited to share!

Definitely. Here are a few that I am looking forward to hearing new music from in 2018:

Great picks, we’ll keep an eye on these artists for sure! Thanks for answering our questions, we wish you all the best with the label!

2 thoughts on “Interview with Eric Vogt: How Casablanca Sunset turned into a record label”