Can you introduce yourselves and explain us shortly how the band was created ?

Yes. Let me tell you a story. The door is open…a cool breeze blows through…and I am chilled to the bone, reminded of my mother. I look over my right shoulder..there sits a small puff ball with a tiny mouth. he says in a squeaky voice. he says you must remember to skim the top of your soup so the bubbles don’t collect at the surface. And it was that night that I learned how to make soup and via soup how to bring friends together.
My name is Eric Peana but people have been referring to me lately as Duck. It wasn’t until much later that I was in the picture at all. Thirty five years later, to be exact. But that’s not why you’re here. You’re looking for drama. I know you. I’ve felt you. Simply put, we should be lovers. You and me. But that’s not why you’re here.

Can you tell us more about your new song “Dirty” and the concept behind the music video?

Great question. I’m glad you brought this up, and this points to a bigger question: Why make music at all? The function historically of sound was to protect yourself from predators. Big ones, small ones, average sized predators. But it’s the year 2020, and no longer do we live in such prehistoric shadows, because Pavarotti invented the light bulb. Dear reader, I ask you this question: is it up to you to define what sound is, or is it up to your ear? Goodnight.

You have very various influences like jazz, funk, electronic music… How would you define your music universe in a few words?

I wouldn’t even try. The mere fact that we choose words in this endeavor points to a larger problem — the need we have to belong. Put a sweater on that is one size too small, and it will feel like a hug. Too large, and it feels like a sack

Can you introduce your live show? (number of members in the band, your approach, what the audience can expect…)

Three people. There’s three planets in the solar system, so it makes sense. There’s three hearts in a cow. These are things every school child knows. If there’s one thing school taught us, it’s that homework is very important. So we have done our homework, and we are ready for the final test. 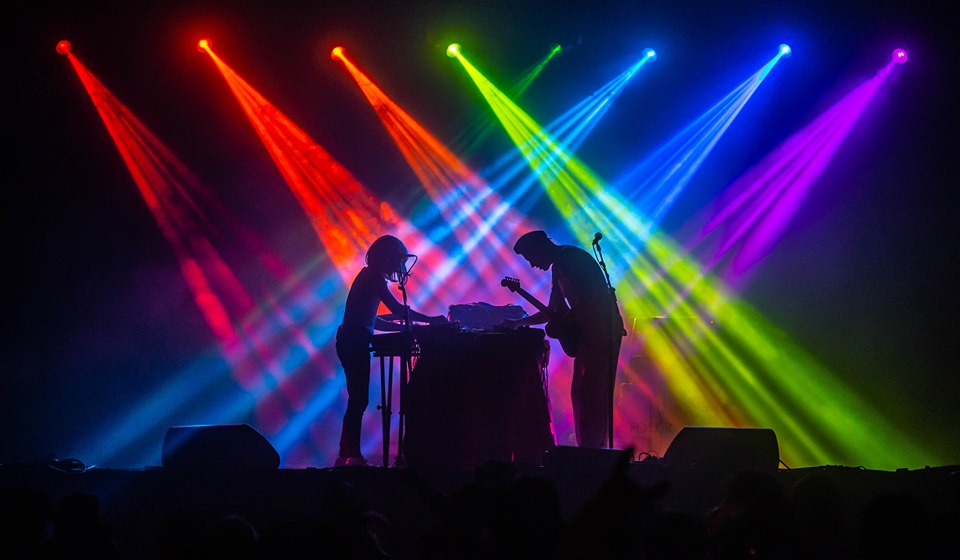 What are your projects for the future? (new EP or album, collabs)

The future isn’t real. Time is an illusion. But if the future were real, we’d be working towards interstellar space travel and the salvation of the human race. In the meantime, we have an album in progress that will come out this year. We hope that one of our songs will become the new national anthem for multiple countries.

To conclude, can you tell us a funny anecdote that happened during one of your live shows?

It is alleged that a pancake cooked on our stage hit an audience member in the face. We can neither confirm nor deny this statement.

We’ll be at your Paris show, and we saw that you already came to play in 2016. What was your best memory from this stay in the city?

Before our show at Point Ephemere we purchased an espresso shot for 50 cents. The shot itself was pretty average but you can’t beat that price! Also it was right on the canal, which was rather beautiful.

Thanks to Capyac for this interview, we can’t wait to see them in Paris at Les Etoiles on February 21st !

Get your tickets HERE

Listen to the last Capyac single “Dirty” on your favorite platform and follow them :