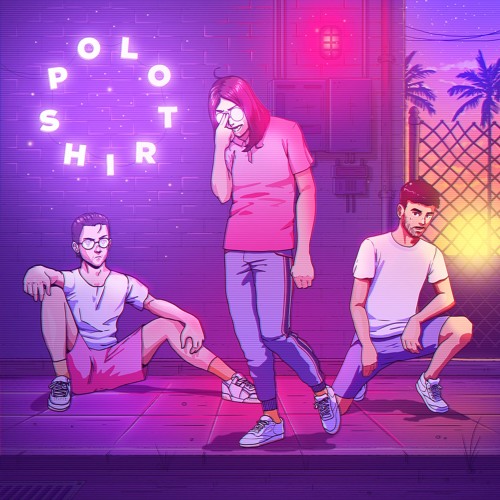 Poloshirt is a new band from Australia, composed of Winston Surfshirt and Polographia. After announcing the project with “Pinned Upon“, they are already releasing their debut EP, composed of 7 tracks. Since their debut song, the band already received major support and appeared on TV on “Tonightly with Tom Ballard“.

Like on “Pinned Upon“, the band combines the best of Winston’s sound with Polographia’s timeless approach to electronic pop.  To produce the EP, they invited collaborators, such as Nasty Mars and Price J. After making their live debut at Curve Ball last month, Poloshirt have recently announced a full national tour in August.

On the project, Winston explains: “This EP all stemmed from a feature. I worked on a song Mok had written called ‘Sly’ and during the writing of that song, we messed about with a few ideas and showed each other our music. Shortly after, we had a few songs and didn’t know how to release them or what they would be. The name came instantly and more music came imminently.”

“Poloshirt EP” is out now via Sweat It Out.