Last month Oυтвlacĸ released his first EP “Void”, a really good travel in a black and white world. We met him before his show at Maison Sage in Paris, and asked him some questions about his new project. 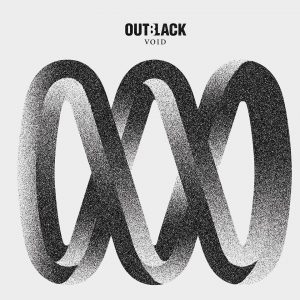 Hi Oυтвlacĸ, can you start to introduce yourself and your new project ?

Hi ! I’m Frederic, more famous with my project Anoraak. Oυтвlacĸ is a project I started in 2015 without any barrier. I’m trying to make the genes of the project, I did that because I needed to do something else. I work with Anoraak since 2008, and I love doing many things. I needed to create a new project, always in the electronic music, but with different persons who will sing on my tracks and not me. I’m trying not to put my image in the spotlight. That’s the reason why he project is black and white, there is no color in Oυтвlacĸ. The image and the name of the project is an homage to Pierre Soulage who is an artist I love, I have always been fascinated by the black and you can see it today (he was dressed all in black). This project is opposed to Anoraak, because this one is very sunshine, coloured whereas Oυтвlacĸ is more ethereal with the spirit of Pierre Soulage in black and white.

Do you continue to work on your project Anoraak ?

Yes, I have the chance to live with this project. It’s a lot of work, I manage my own label – Endless Summer – that I created for my own projects and  became a familial label, with artists I know like « Encore », « Tonus » and « Télématiks », which is a band I manage with my two older musicians.

What were yours inspirations for this new project, apart from Pierre Soulage ?

You’re always influenced by what’s happening. If I had to quote groups for Oυтвlacĸ, I said Junior Boys, Hot Chip at their beginnings, and hip hop influenced me too.

How do you produce your songs ?

For Oυтвlacĸ, I use Ableton a bit, at least to begin. For the rest, I use Logic Pro, because I’ve always worked with this software and for me it’s the best tool to mix and produce songs. I have a lot of synths at my house and I’m trying to find songs different than Anoraak, with natural, organic songs. For the process, I use a rhythm, a bassline or a synth, or a lead but I never used sample for my tracks.

And what is your set up for live ?

I have two synths, one launchpad, my computer and I use video too. It’s a simple set up but I don’t need to bring some instruments because it’s an electronic music live and not a rock band, it’s more easy to travel with this set up.

What do you think about the French electronic music scene ?

I think there has always been a nice electronic music scene in France, as the time proves. Since 2000, there is a good scene in France and more and more places to play. The democratization of internet helped producers because, when you release a track on internet, anyone in the world can listen to it, so it proves French producer have talent!

Now, I’m living in Marseille, I was in Nantes at the beginning, and Paris after, but I’ve seen that everything doesn’t work in Paris. When we started Valérie in Nantes, we played a little in Paris but we’ve seen our public was abroad.

In Marseille, there is also a good electronic music scene, with artiste like French 79, Kid Francescoli, Nasser and Oh! Tiger Mountain.

I think the return of the music with french singers, like Cléa Vincent, Tonus is very interesting. I never succeed to sing in french but I’m very admiring.