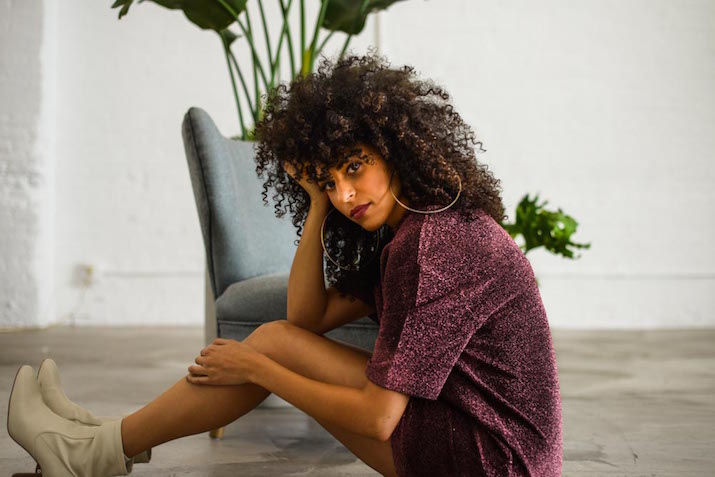 Gavin Turek is a singer, and songwritter from Los Angeles. Her first collaboration was in 2015 with Tokimonsta and the EP “You’re invited“, she’s appeared on the Tuxedo’s albums and released a really cool disco EP, “Good Look for You” with the hit  . Always inspired, the queen of disco pop is back with the single “Birdie Bees”. We have talked with her about her project, her collaboration and inspiration.

Can you tell us why and when you decided to start in music?

I grew up in a musical family…listening to music and singing together brought so much joy to all of us. Eventhough, my two older sisters had more natural musical talent, I was a natural performer. My love for music made me want to pursue it. I started writing in high school, starting making my own songs in college. Once I graduated I knew pursuing music was my path. I didn’t have a plan B.

What were your inspirations at the beginning? And currently ?

As a teenager I was so fascinated with being famous and popular. Although being well known often comes out of being successful, I’m less focused on reaching a certain level of popularity. I really want to make good music that comes from my heart and speaks to other people’s hearts.

Do you produce all of your songs ?

No I don’t produce at all anymore. At the end of the day, song-writing and singing are my gifts and I would rather leave the production up to my producers! I still give tons of input on production choices in the process, but ultimately I let my collaborators do their thing.

We saw you’ve collaborated with Tuxedo, can you tell us more? How was the encounter with them ?

Yes, I love working with Tuxedo! I met Mayer Hawthorne and Jake One in 2015 when they were working on the first Tuxedo album and they asked me to sing the background parts on some of the songs. That lead to me being a part of the live shows which is my favorite part. They are incredibly talented musicians and so much fun to work with and perform with.

Do you have some projects for the future? A new collaboration with Tokimonsta?

Right now, I’m working on my debut album in Los Angeles. Me and Tokimonsta would love to collaborate again in the future…we love working together and definitely want to make it happen again!

What are your next gigs ? Are you coming to Europe?

I toured most of 2017 promoting my EP and Tuxedo’s second album in North America and Europe, so I am excited to focus on writing new material over the next few months! I love performing in Europe, so I hope to come back sometime in 2018.

Can you tell us which artists you are currently listening to?