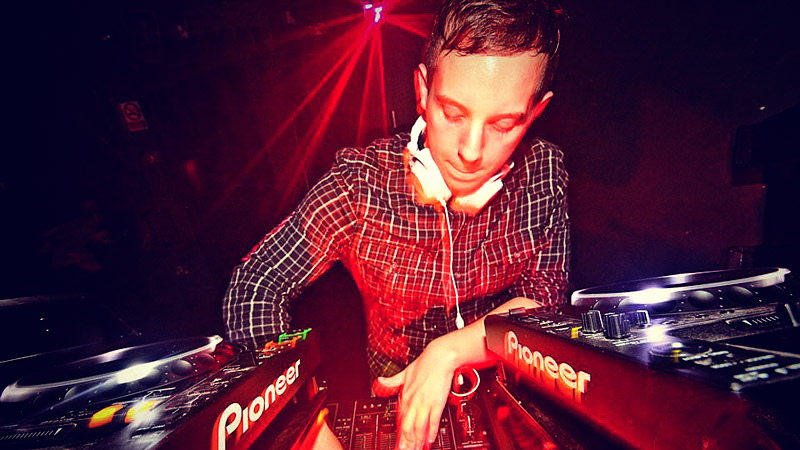 I’m a big fan of Edwin Van Cleef since a long time… For those who don’t know him yet, this UK producer remixed some of the big names of dance and pop: Phoenix, Chilly Gonzales, The Knocks, Shinichi Osawa… And also produces great original songs. As he recently released the song “Two As One” as well as a new mixtape, I thought it would be great to ask him a few questions.
Read the interview to learn more about him and his projects!
Hi Edwin, how are you doing? Where are you right now?

I’ve just finished off a pretty productive session in the studio. Got some new material I’m feeling pretty confident about. Can’t wait to get some of this out at the start of 2014.

Can you tell us about your background; how did you start to produce music?

It’s been quite a gradual process really, my love for music slowly intensified over the years as a kid and I guess I was just intrigued by how all these great artists produced these awesome sounds. I don’t have a musical background, I’m self-taught, so I pretty much just nerded out about synthesisers and drum machines until I could produce stuff I was happy with. I (embarrassingly) started out with the much maligned fruityloops to learn the ropes, but in the past few years when getting more serious with music production moved onto Ableton Live and Logic.

What are your major influences?

I wouldn’t say I aim to sound like other people, but I guess you can hear influences of my sound not just with the songs I make, but with the mixes I do as well. I’m not a fan of the current identikit releases of over the top disco or beige house. To simplify it I guess I like to think of my sound as house music without all the clichés.

Your take on Phoenix’s “Lisztomania” with these beautiful vocals from Jane Elizabeth Hanley received a huge success. Do you plan other covers like this?

I’ve always loved the original but the cover wasn’t really planned, it kind of just came together as a happy accident whilst working with Jane. I’m really happy with how much love it’s gotten from everyone, with people even preferring it over the original! I haven’t got any plans to do any other covers at the moment as I feel this would maybe cheapen what’s so special about it. At the moment I’m more focused on finishing off some new originals.

You just released the song “Two As One”, are you happy with the feedback you received after it came out?

Yeah definitely. I’ve had loads of amazing feedback, not only from blogs and people on twitter/facebook/soundcloud, but also from other producers I really admire. I’m just excited to get more of my new music out there as I think potential future releases are even better than this, this is just a taste of things to come.

What are your plans for the future? Any new remixes or original songs coming soon?

Yeah, for sure. Lots on the way. Some collaborations on the cards, looking forward to announcing some of those soon. Potentially working with some really talented vocalists too.

Do you have shows planned soon?

I consciously made a decision to take a break from shows so I could focus on honing some new sounds in 2014. I’m definitely looking to get back in to doing more live shows again though, so stay tuned ;D.

You are also known for your mixtapes, full of great songs. How do you usually find the tracks you feature?

I used to go crate digging, but with the demise of local record stores I’ve pretty much 100% turned to digital options. I can honestly spend hours scouring the web for hidden gems as I don’t want to just be relying on promo’s.

Thanks a lot! Anything you’d like to add to conclude?

Part II of my Fall/Winter collection mix tapes will be coming in December with a very special remix!